The world asks, “Why do bad things happen to good people.”

Jason Hollen is asking, “Why do good people do so many bad things to themselves?”

The answer may lie somewhere in between.

His unstable childhood and an anger-fueled bipolar disorder led to a deep dive into drugs, alcohol, and violence. As a teen, his downward spiral led to numerous stays in juvenile detention and treatment centers. Jason faced one health challenge after another and knows now that some were the result of medicating his way toward a quick fix.
Until a glimpse of redemption entered his life when future wife Kristyn began to influence and redirect him toward another path and a slow climb out of his addictions. His new business earned provided a generous six-figure income that fueled a cocaine habit. A battle raged between his addictions and the family he held dear. Only one could win. Everything changed on one fateful day when he asked himself,“What else could go wrong?” That “what” became the ultimate turning point in his life and reignited his faith in God.
Jason Hollen’s message of hope and healing after multiple trials will inspire you to persevere through your trials and live life to the fullest.
Read a Free Chapter 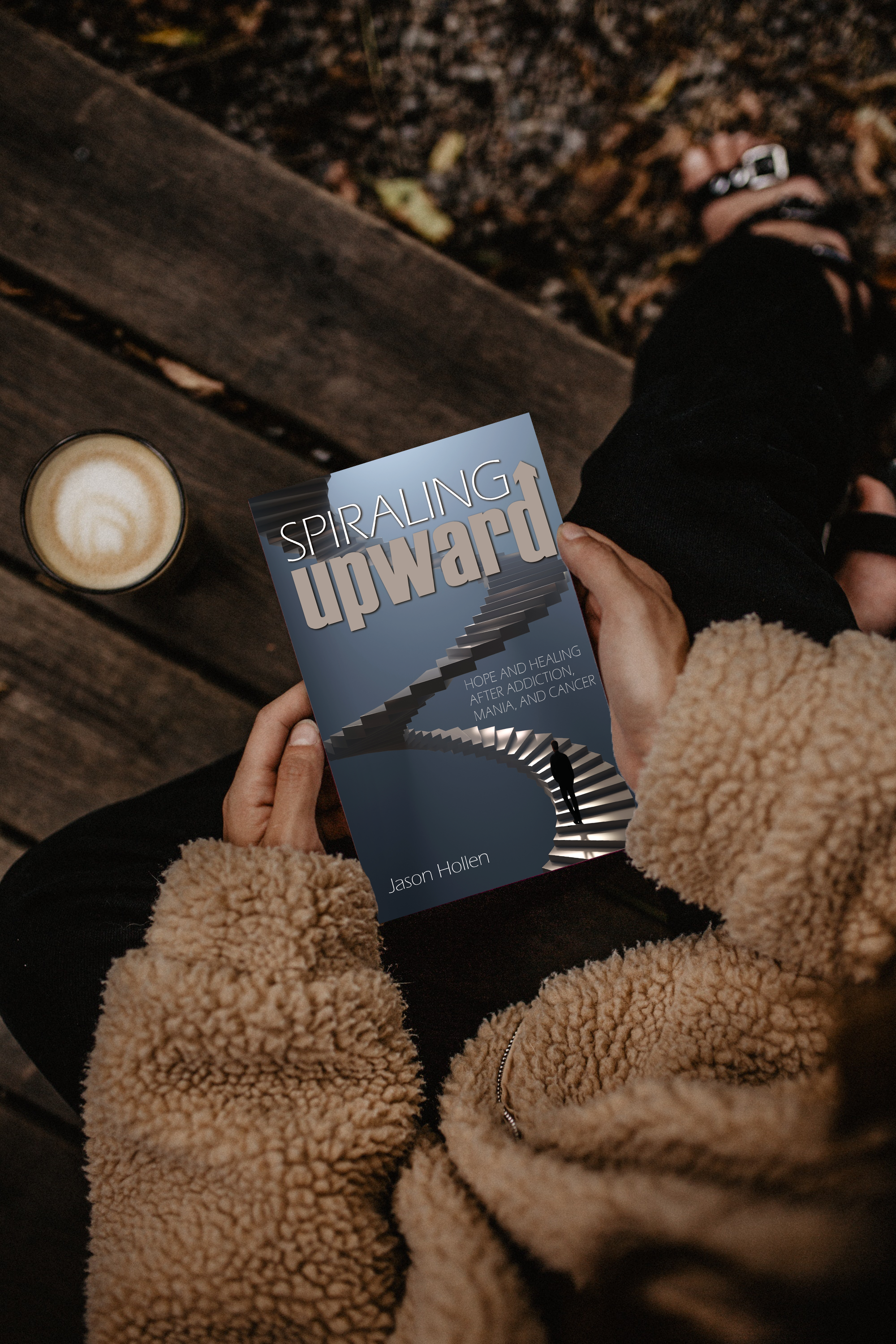 Jason Hollen is the founder of Spiraling Ministries. For most of his life, Jason has dealt with mental illness, as well as faced addiction, fought through and beat cancer.

A successful business owner in the restoration industry, Jason is also a proud dad to two beautiful children, and a loving husband to his high school sweetheart, Kristyn.

Recovery has given him new life, one that he gives Christ credit for. It has allowed him to become the spiritual leader for his family he always wanted to be, which is a role he takes seriously.

To order a copy of Spiraling Upward, click on your preferred retailer below: 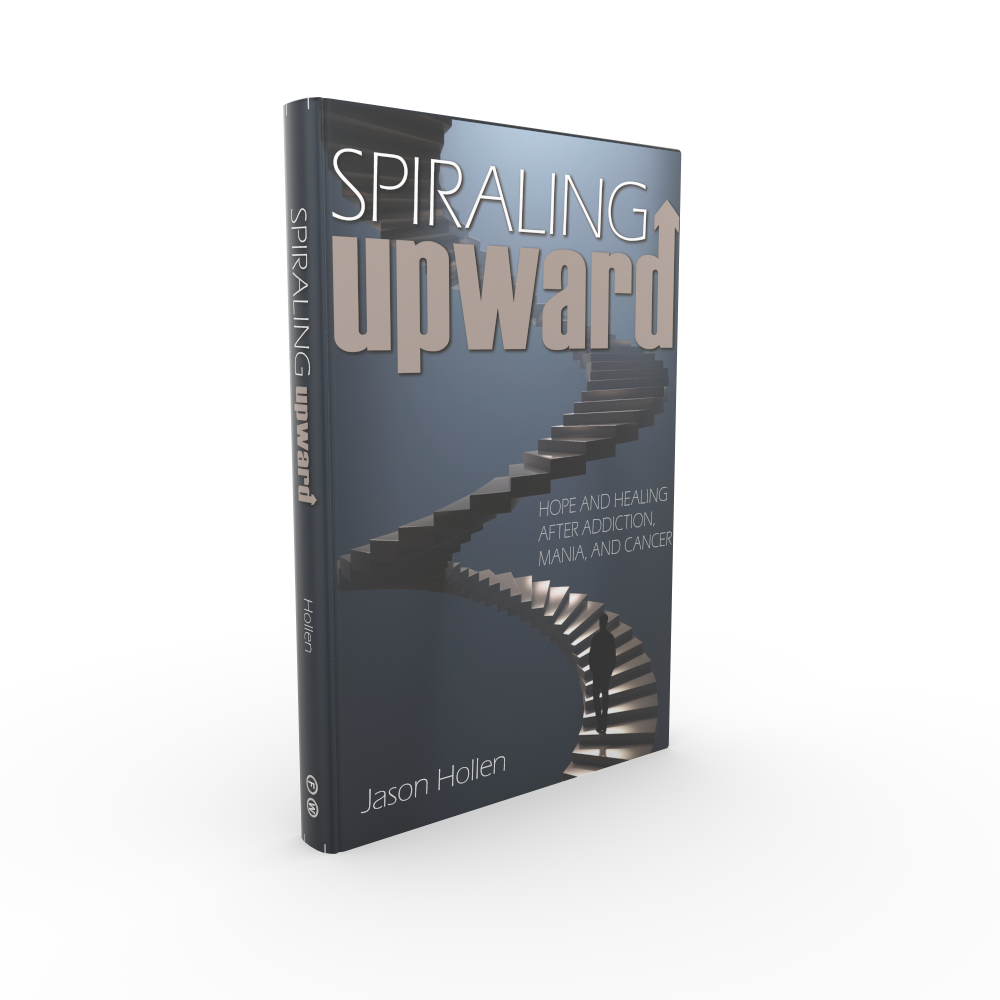 WHAT OTHERS ARE SAYING

"Candor and honesty—traits you’ll get from Jason Hollen through his book Spiraling Upward... The captivity brought on by crippling addiction, abuse, and a fight with cancer is no joke. Jason’s openness about those struggles reveals the miraculous work God did in his life. His life was a mess, and this book is the story of how your “mess” can be your “message” to someone else."

Help spread the word about Spiraling Upward by saving and sharing quotes from the quotes from the book! When you post on social media, use the hashtag #SpiralingUpwardBook so we can say thank you. 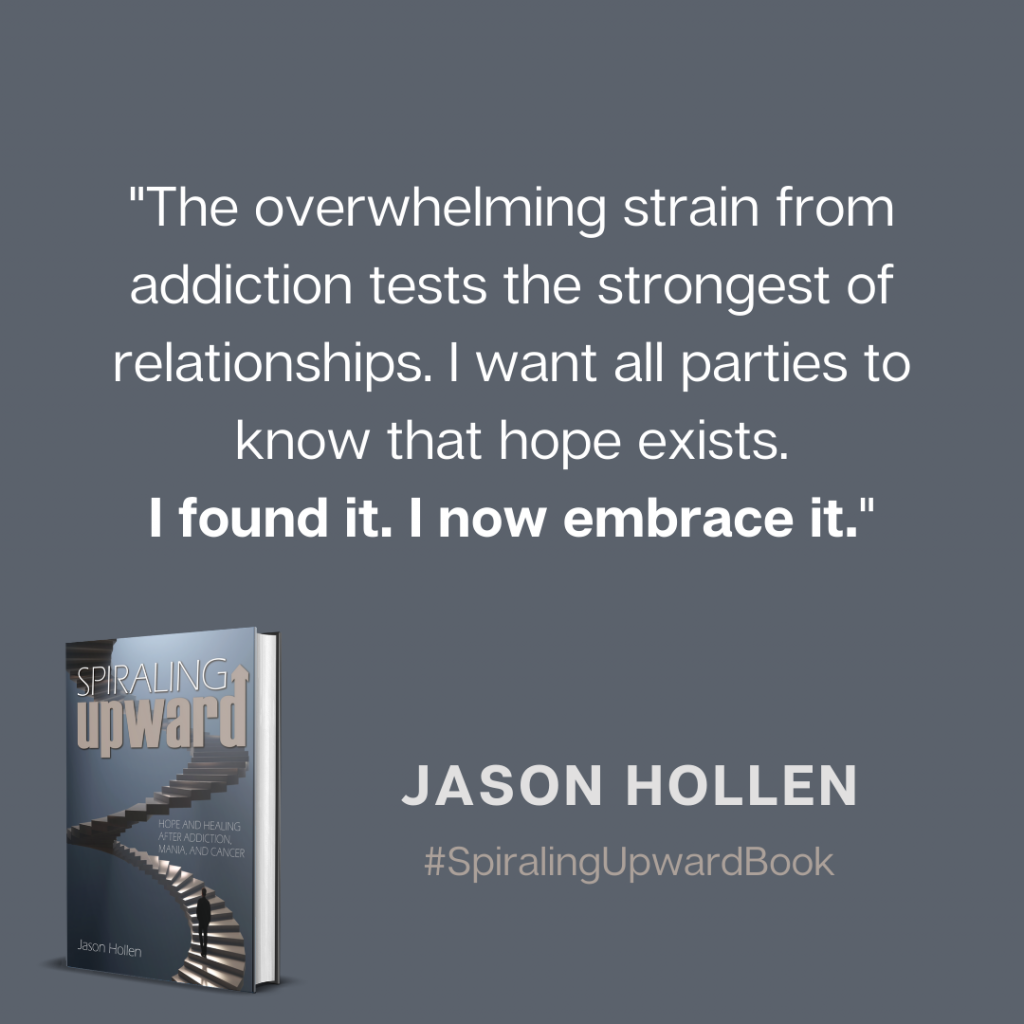 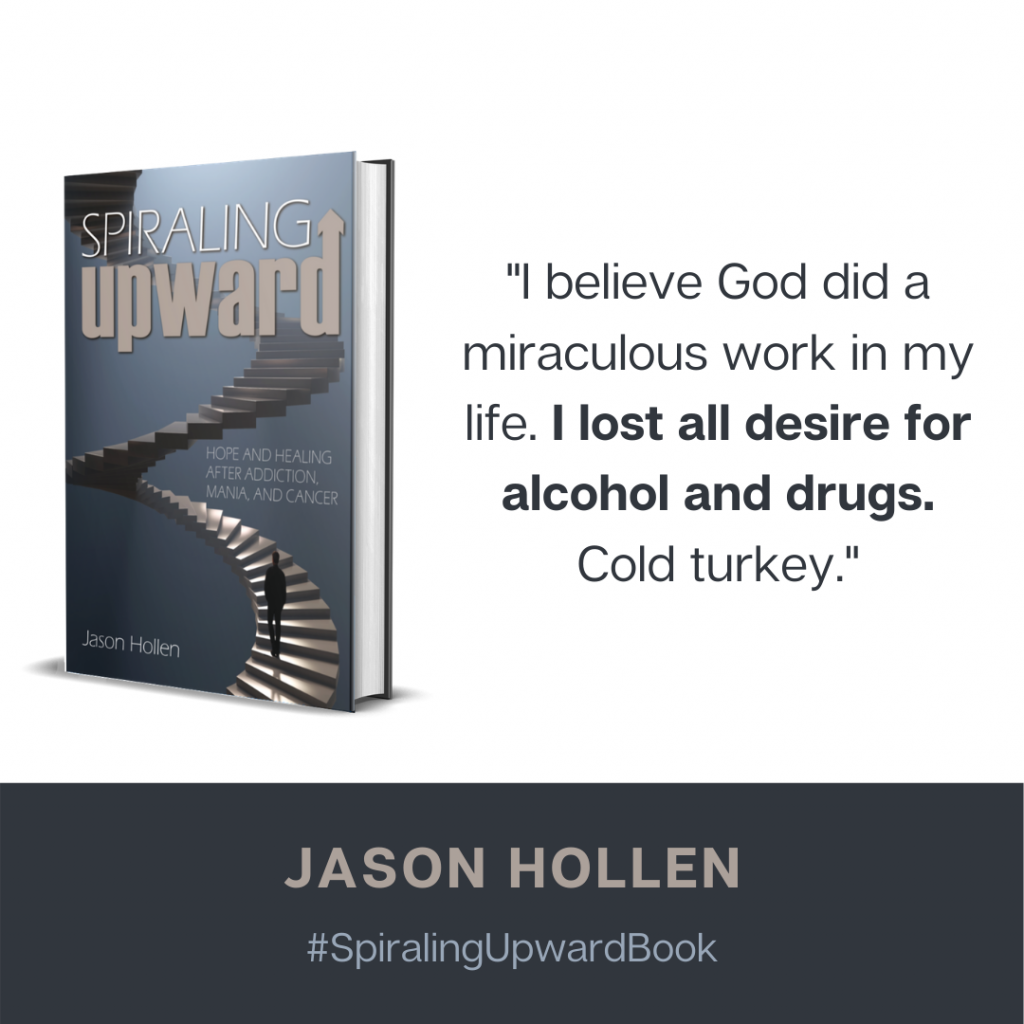 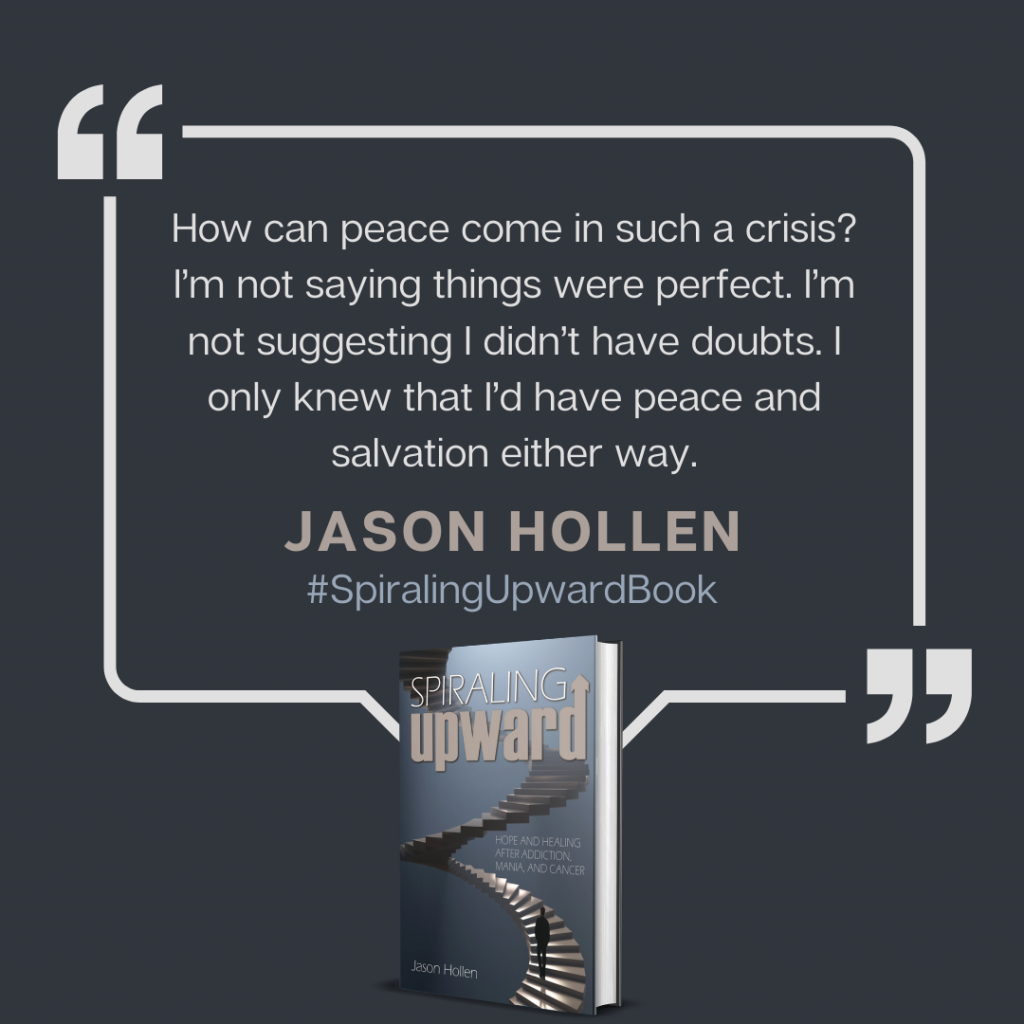 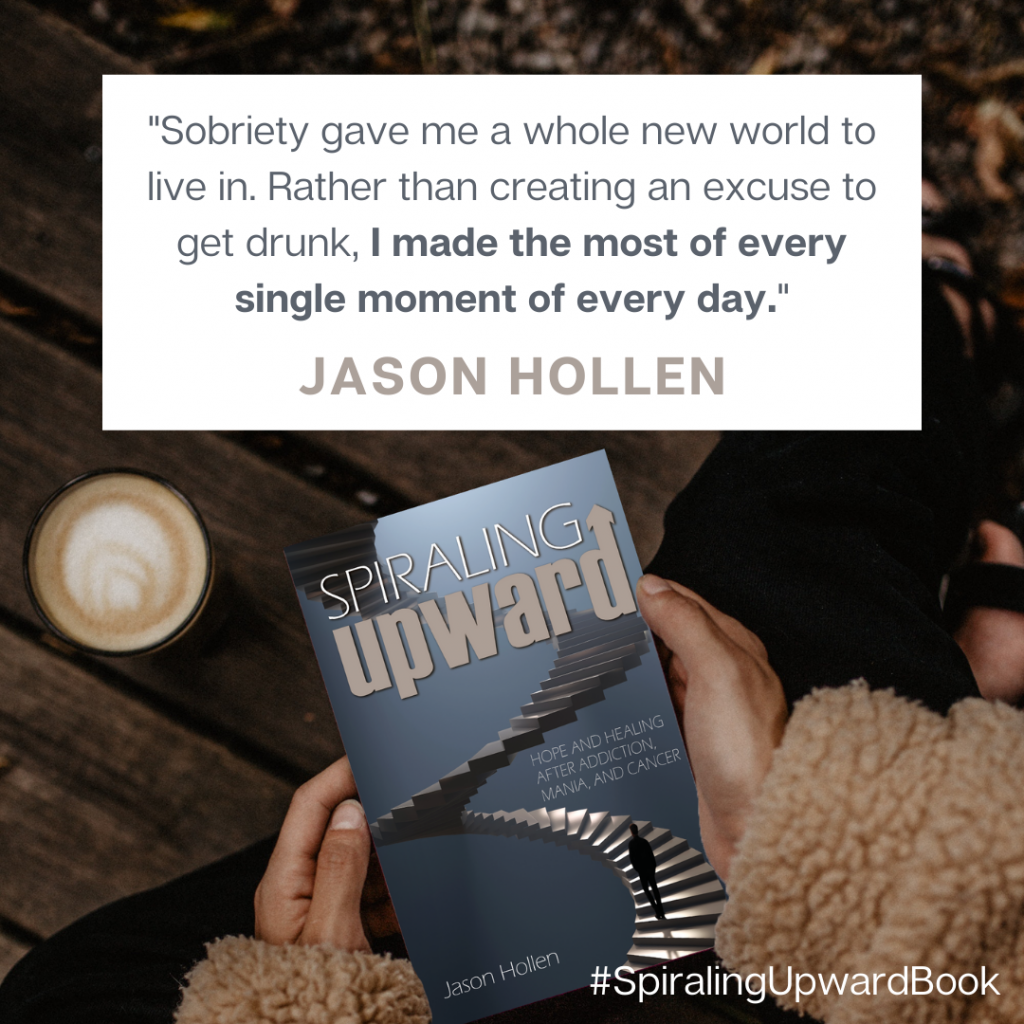 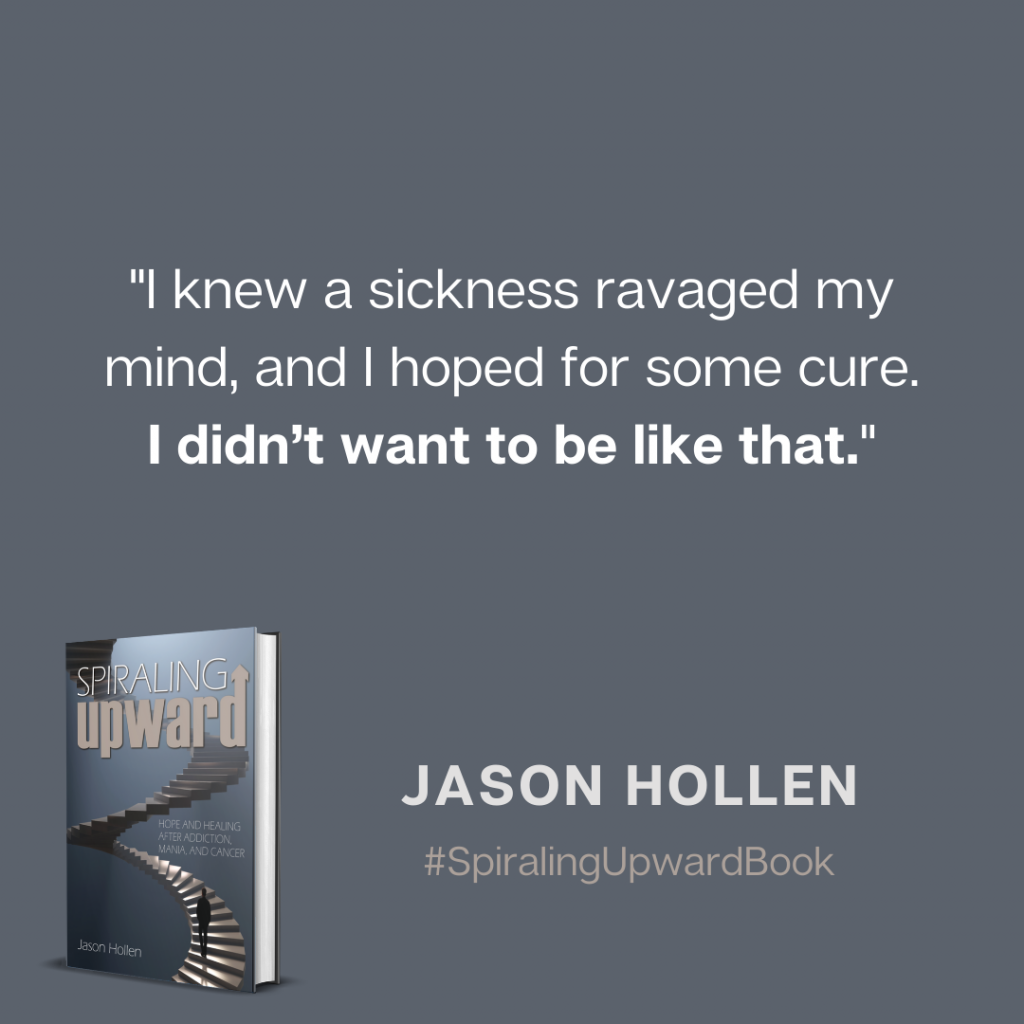 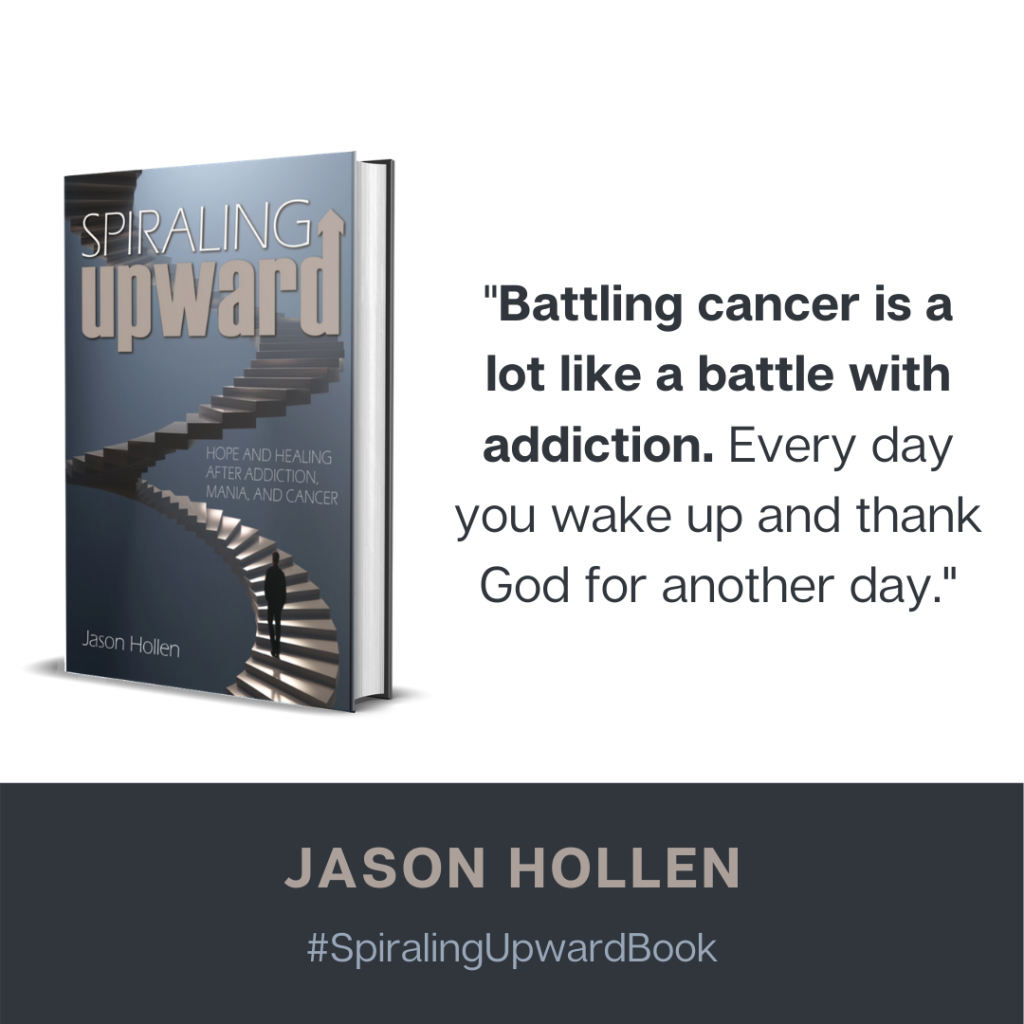 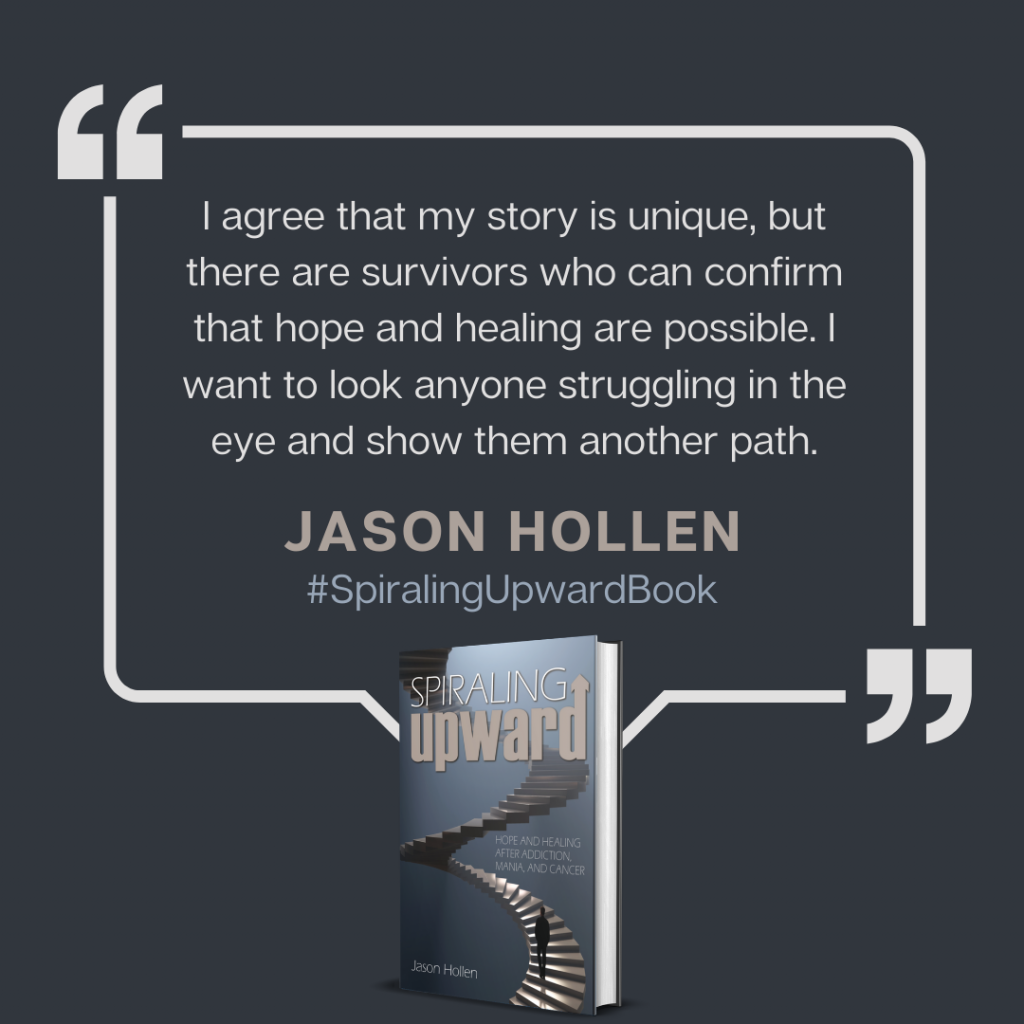 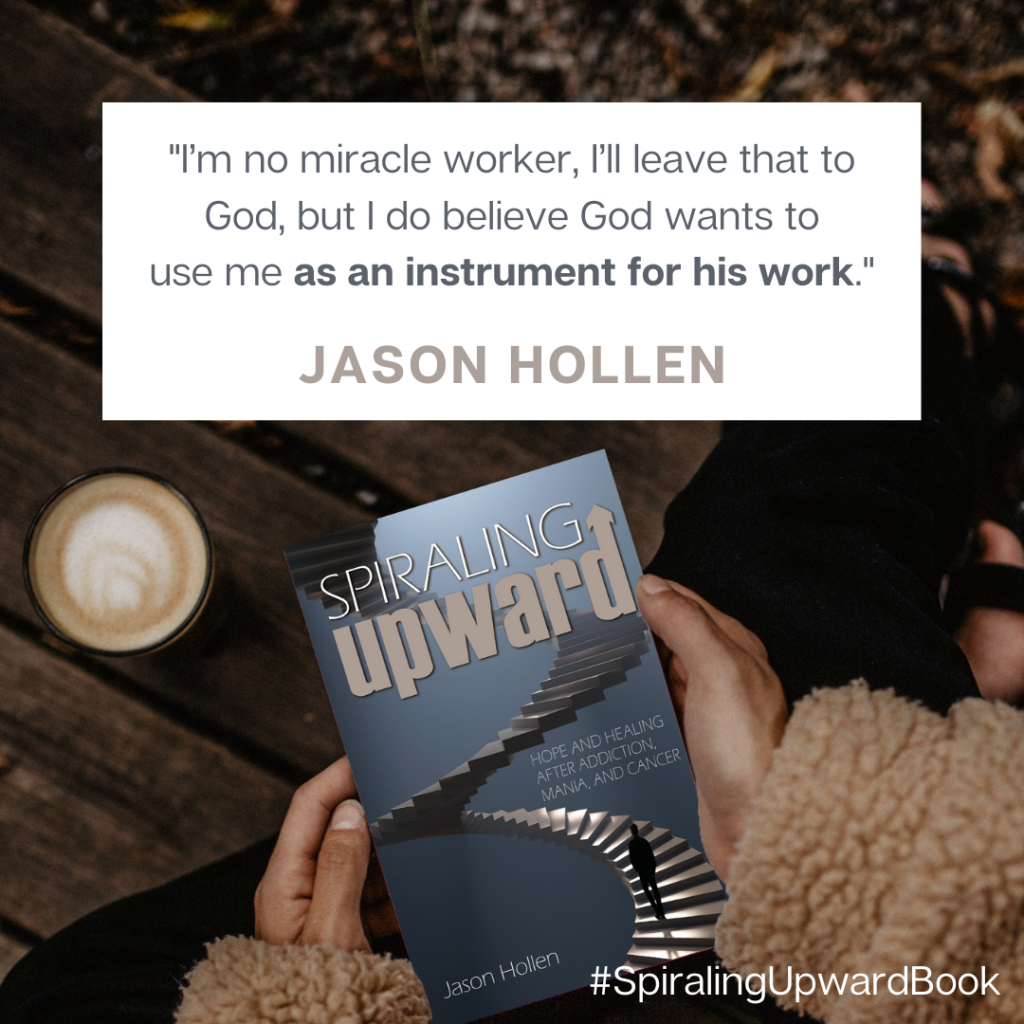 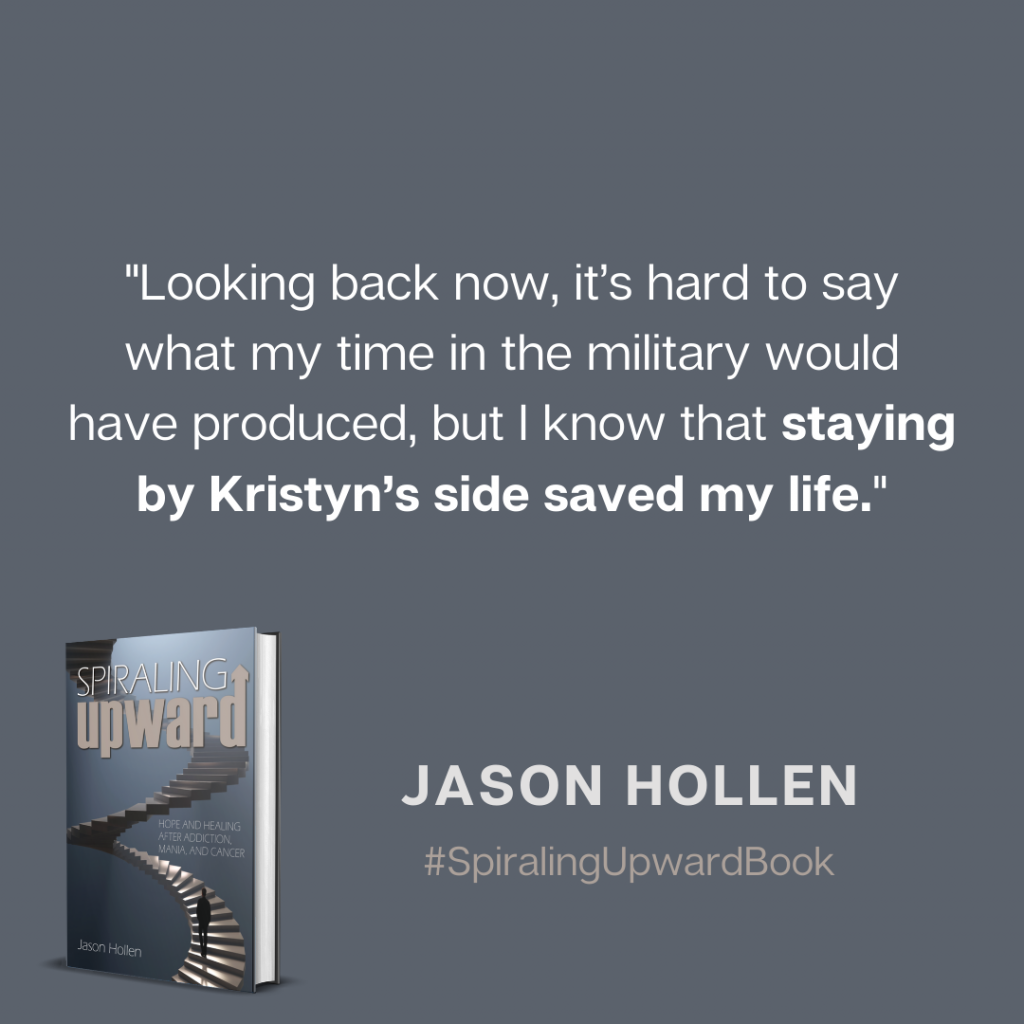 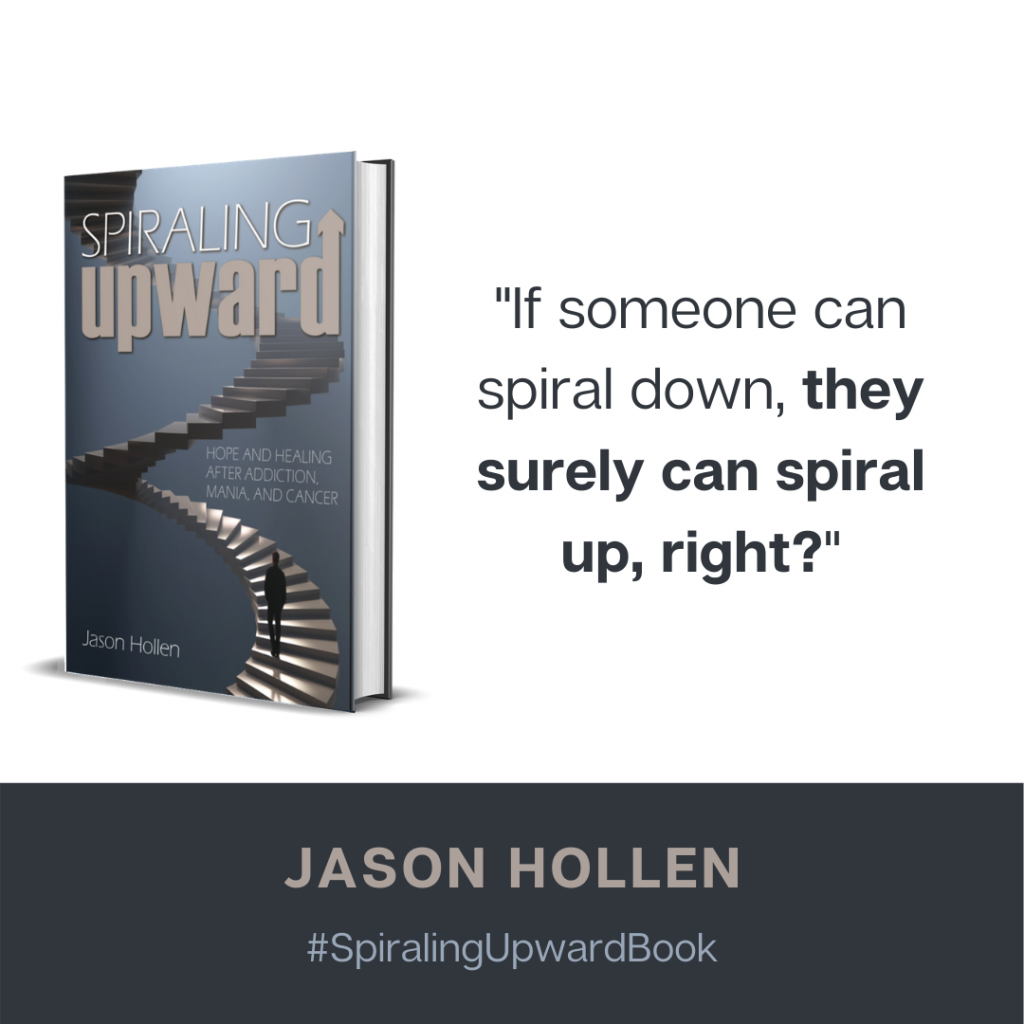 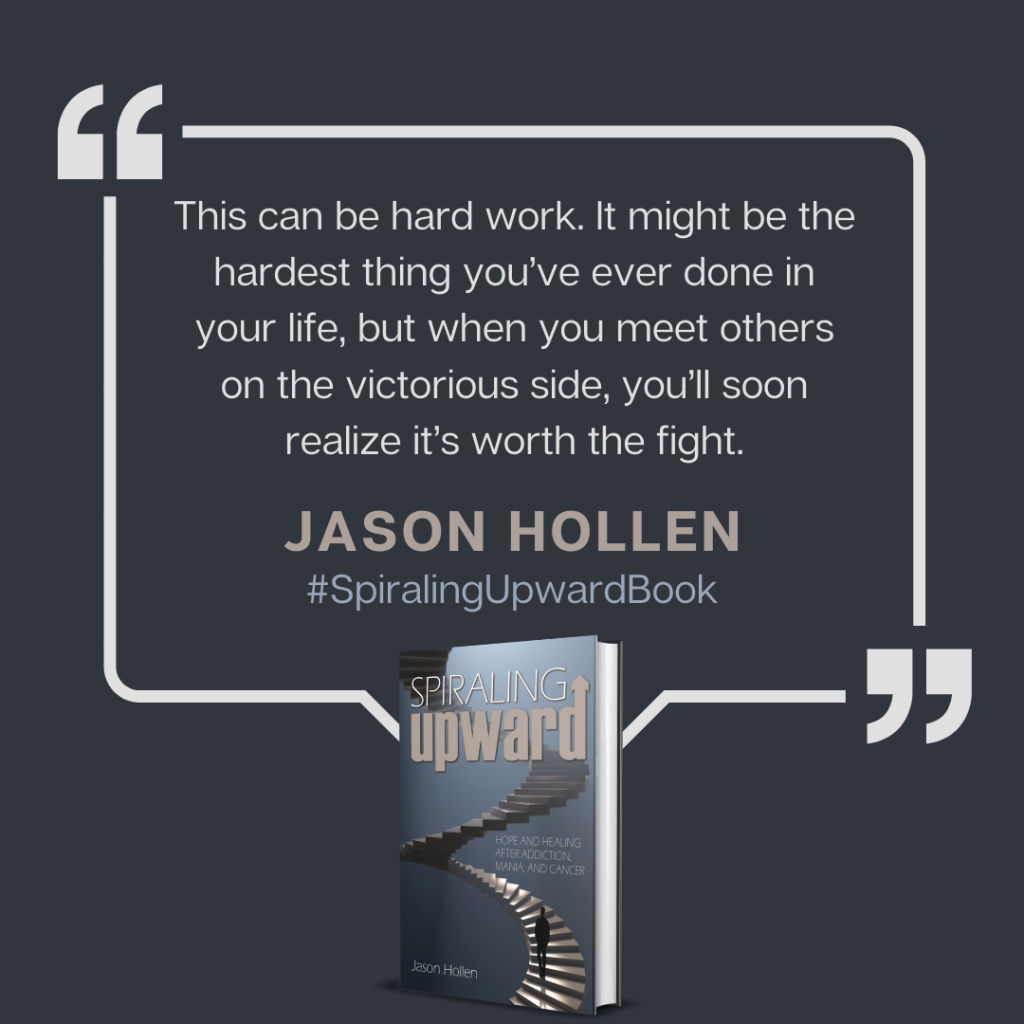 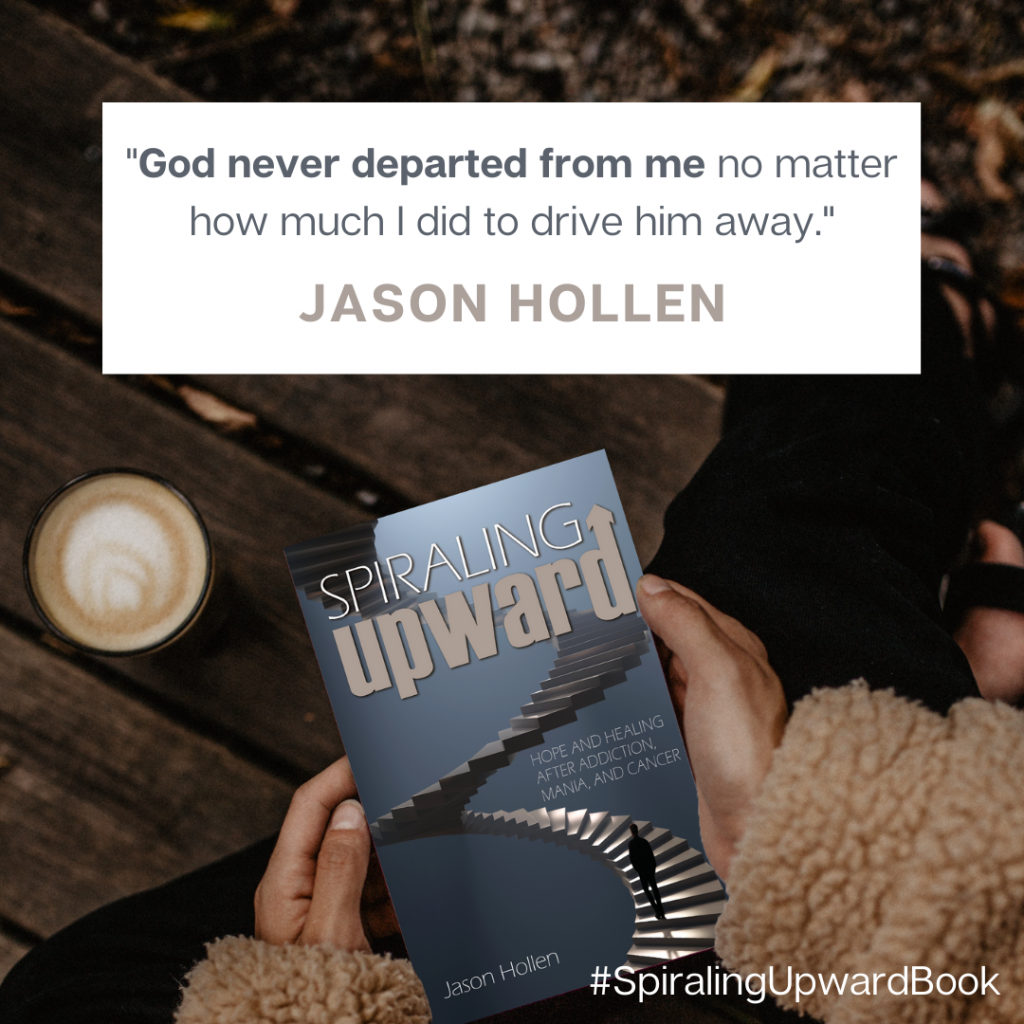 Click the media icons below to listen to and read interviews with Jason about the book.